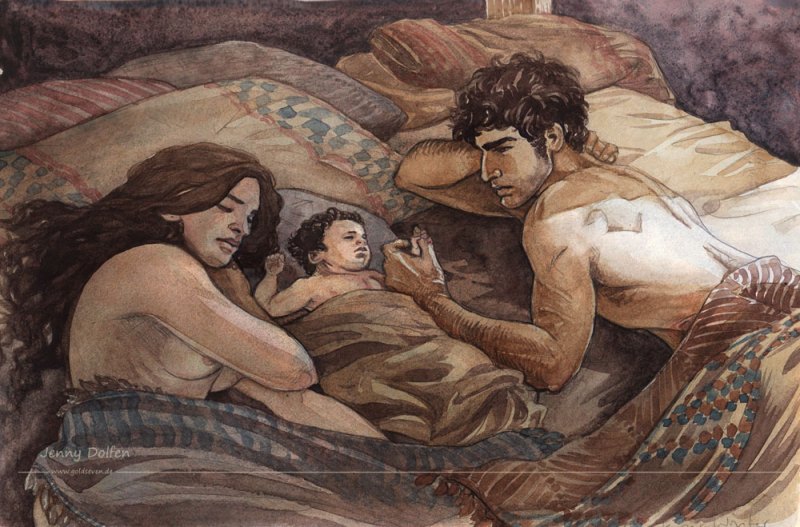 Imilke doesn’t have it easy.

First, her name isn’t even historical. Neither is the son she has with Hannibal. She might well be the figment of the imagination of Silius Italicus, a Roman who wrote a poem named Punica two hundred and fifty years after Hannibal’s death. We are pretty sure that Hannibal married an Iberian nobleman’s daughter, but the rest is left to imagination.

The imagination of most novel or script writers is plain godawful. I’ve by now seen Imilke as a Mary Sue who goes on campaign with her husband and rids his entire army of lice and is then gang-raped to death; as the pupil of Celtic druids who runs around with a handmaiden called Gwen (on campaign, of course); as a brattish diva who travels to Italy after ten years of war all by herself (with a son who, miraculously, is only six),; as a helicopter wife who inspects her husband naked for new wounds whenever they meet; and lastly, as a cold Spanish beauty who hates her Punic husband.

I’m going to do something that’s pretty much never been done before.

In my headcanon, Imilke is a normal woman. Not a druid or a diva. She’s married to a guy whose language she doesn’t speak well, but thankfully, he does well enough in hers. She only sees him briefly over the winter when he’s not campaigning, but whenever they get the chance, they try to make their marriage work, instead of making each other’s lives miserable. She is so much a normal woman of her time that she stays in Iberia while her husband goes to fight a war.

When she gives birth to their son, her husband is away laying siege to Saguntum, and when they meet again, for one brief winter before a war longer than anyone could have feared, they discover something unifying – the ties of a child, and the realisation how frail life can be – in the dangers of childbirth, or a Saguntine spear.

I also think that both she and the boy died soon afterwards, or we would have heard about their fate when Scipio took the city of Cartagena. Possibly, as Silius implies, they boarded a ship to Carthage, but never reached it…

And this is the attitude that makes me unable to turn this stuff into a successful comic. :D

4 thoughts on “One short winter”