First off, a huge thank you to everyone who supported the Indiegogo Campaign for Darkness over Cannae – you’re terrific. I’ll continue to separate stuff – everything Cannae-themed goes to darknessovercannae.com (apart from a few major updates every now and then), and the rest will be posted here.

This is a painting done for my mother’s seventieth birthday, which is in two weeks. She loves Celtic mythology and we both like druidic singer/songwriter Damh the Bard, so I illustrated his song “Brighid“.

In the song, a wanderer comes upon an old woman by a well in early February (Imbolc), and she tells him she was held captive by the Queen of Winter. As she talks, he sees her reflection in the well, and looking up, he beholds a maiden where the old woman has stood. The song has elements of the Ceiliagh and Brighid, two faces of the same goddess, who is reborn as a young maiden at the return of Spring.

Then I saw her reflection in the mirrored well,
And I looked deep in her face,
The old woman gone, a maiden now knelt in her place… 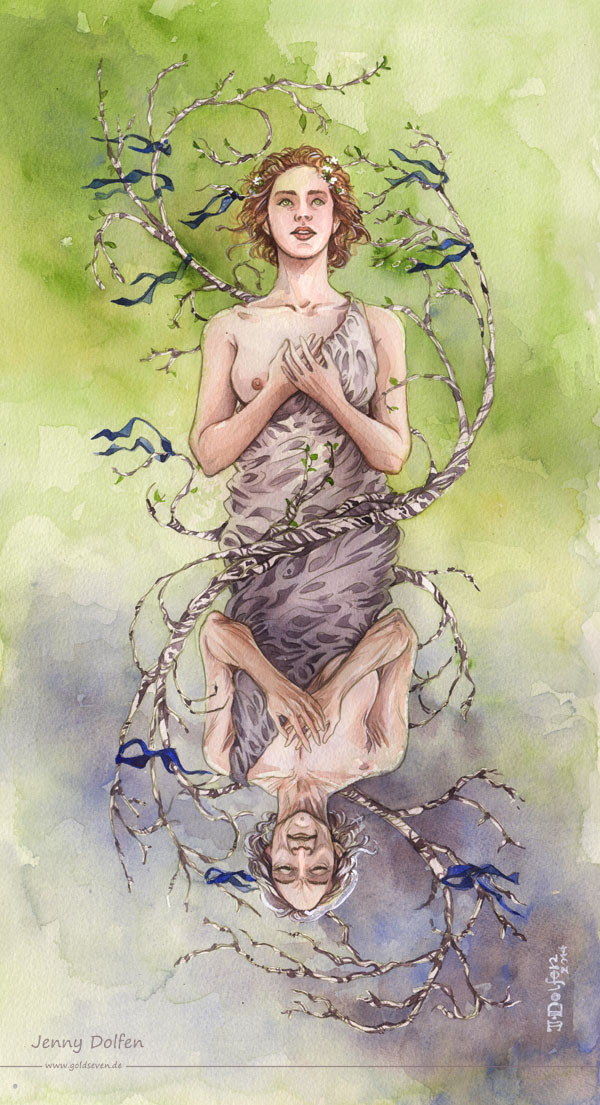 Here’s the reverse, and a detail shot: 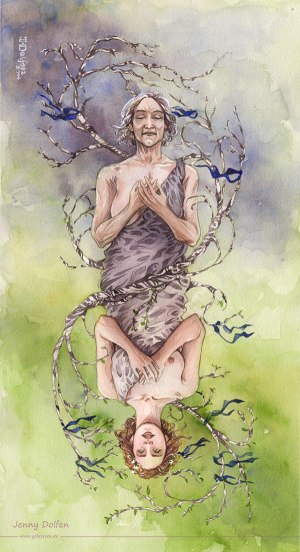